Saturday October 6th
There's not much I can write that will do justice to the enormity of this competition. Again, I've stolen a collection of pics taken by other people and for which I am very grateful, but we'll get to them later. I also have this:
For Australian readers, at least, this ^ should be a video from Channel Seven News Perth. They covered the event, but of course concentrated mainly on Dan the man, and he didn't fail to impress. In addition to the sponsorship generously provided by Muscleworx, Ron Mercer Transport donated a prime mover - with load - for an 18 tonne pull that went off without a hitch and proved a crowd favourite.

Some more crowd faves were watching Dan dominate in the Log clean-press and Deadlift. 315 kgs proved more than too heavy for myself and Dave. For Dan it was 4 easy reps. Maybe it was 5. Such a showoff, am I right?

I won't even bother recording my results for this one. I didn't make any progress on the few events I did do, except for truck pull. I hate half-doing comps. I've half-done 2 top-level competitions in 2 consecutive weekends, and I'm now headed over to compete in ASM... I don't want to half-do this one.

I mean, I'd really rather not... if it came down to a choice of either doing only half the events or not doing it at all... I'd still do half the events, and spend the second day in the stands watching the many strong as hell West Aussies who are flying over to compete. But I digress...

Here are some pictures of the 2012 SMWA Finals: 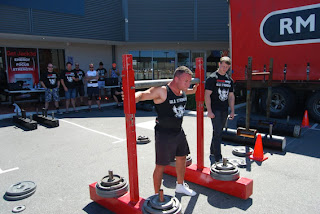 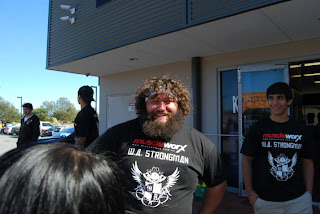 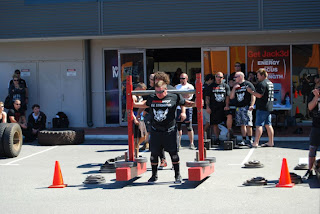 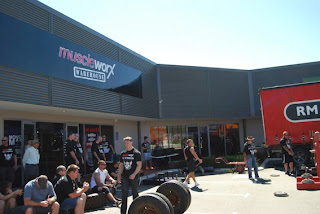 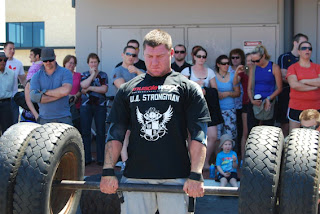 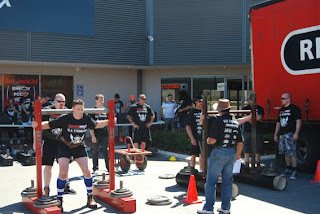 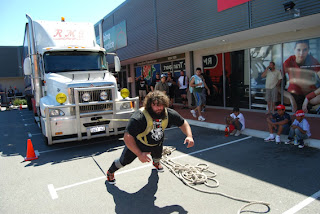 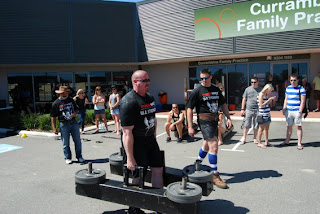 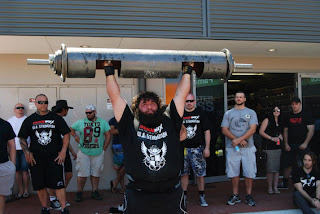 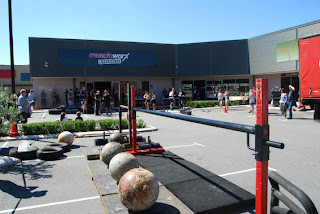 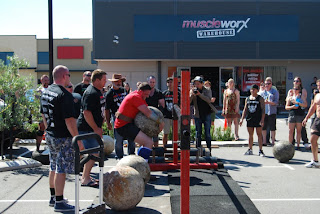 This was also the last opportunity for anyone in Western Australia to improve their overall points tally and earn a chance to compete in Australia's Strongest Man 2012. I was glad to see yet another SMWA member - one of our newest in the under 105 kgs division - get his chance, taking second place on the day.

I return to training Tuesday.