﻿﻿﻿
YOU KNOW I was kicking myself in 2016 for not going to the Arnolds. I thought the year Eddie Hall pulled 462 kilograms - the year the Melbourne Fitness Expo was officially rebranded the Arnolds Australia - was a big deal. And it was a big deal... but this year was so much bigger (and the regret that much greater) that I need to record some things here and now. 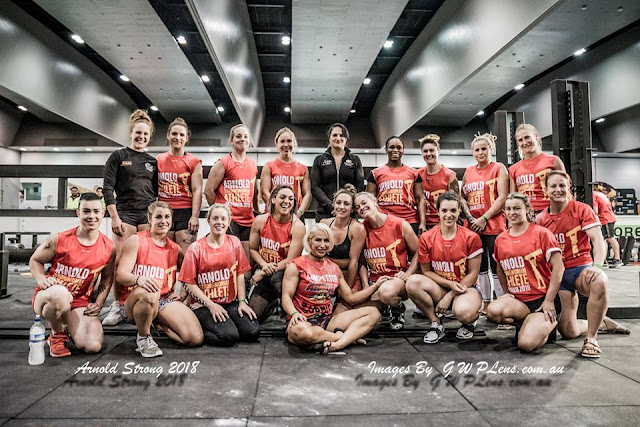 I have never known such a huge contingent of WA athletes to be in the mix, some at the very highest levels of national and international competition in both Strongman and Powerlifting. The quality of their performances would have you wondering why the west ever had a reputation for not being able to keep up with the eastern states.

Friends like Kat Becker and Joel McCaughan, who I have known for as long as I have been lifting. 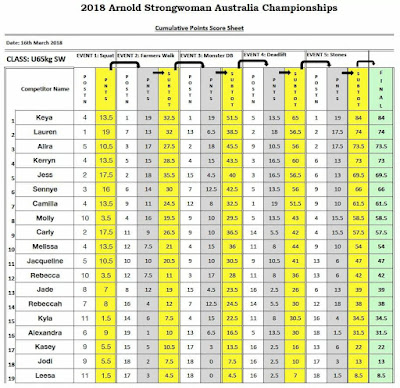 Kat is just one of several conditioned athletes who have crossed over to Strongman and who I've had the good luck to train with (I hesitate to use the word 'coach') over the years. Among this crew are Steve van Steytler in the under 80s and Jacqueline Chmura in the womens under 65s.

Jacqui finished eleventh in her first ever national strongwoman competition, and Steve (also a newbie, with a Crossfit pedigree) was demoted to fourth on recount, just missing a podium placing.

Kat herself finished ninth in the under 82s after holding equal third for several events. She was insufficiently prepared and at a technical disadvantage with the Atlas stone which was loaded to 1.3 meters, or just above her head.

Joel is the strength geek who wrote most of my beginner and intermediate training programs, was the first person to ever call me 'Abs', and continues to be a valued adviser. He totalled 852.5 kilograms and placed equal fourth in the under 110s at Pro Raw X in front of what was - by all accounts - the largest audience the event had ever seen. Easily two and possibly three times more people were in attendance than last year. The live feed also broke all previous records. 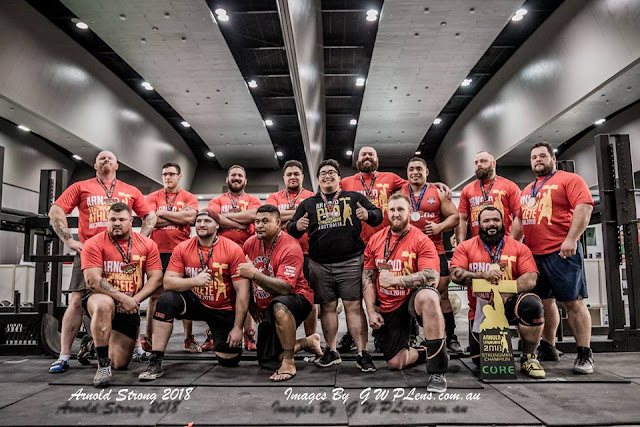 For all the time I've been at PTC, I've trained alongside Brian Cook. I have watched him grow exponentially; his increase in size almost commensurate with the growth of PTC Perth itself. Not really but you get what I mean. The dude was real skinny and he got real huge. This year he placed sixth in the under 95s at Pro Raw. 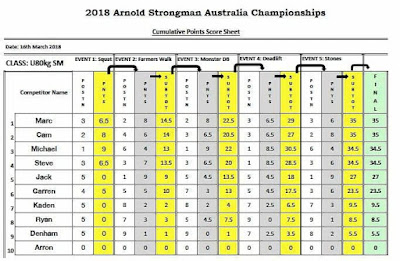 It wasn't that long ago that Matt Lynch Blanch was a freshie to the sport of Strongman, but he very quickly established his name in both the under 105s and the heavyweight divisions. The loadings, it seemed, were too light for him when it came to state level competition, so he would enter and win the opens, moving on to national and then international level competition in the under 105s. Well this year he again won Australia's Strongest Man under 105!

Max McCall is another young strongman to rise through the ranks and into the national opens. This year was his first ASM and he faced a truly menacing field. While I am certain he is disappointed with the results I am also certain he will be back next year, and he will impress. Although maybe in a lighter weight class... 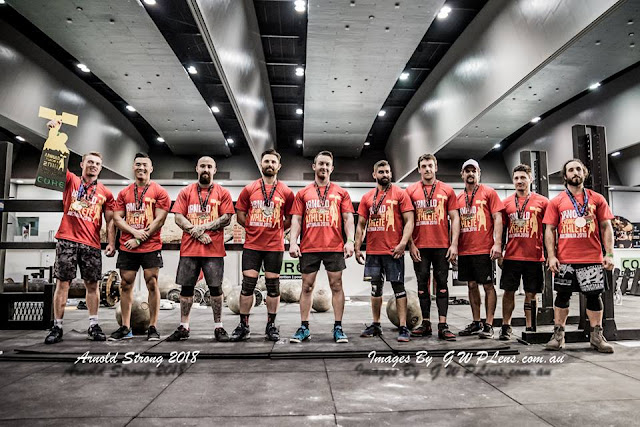 Last but not least among the strong folk I must mention is Ngarimu Ahipene, who took fifth in the under 90s and is another hybrid crossfitter making the ranks of fat slow strongmen work harder to stay competitive.

Of course it's been known for years now that there are titans of strength sports living here in the west. That number has grown again this year, with the introduction of the scary Dylan Hellriegel who - at just twenty two years old - weighs something over 160 kilos and is now the second Australian ever to deadlift 400. He earned an invite to Big Dogs with his efforts at Pro Raw. 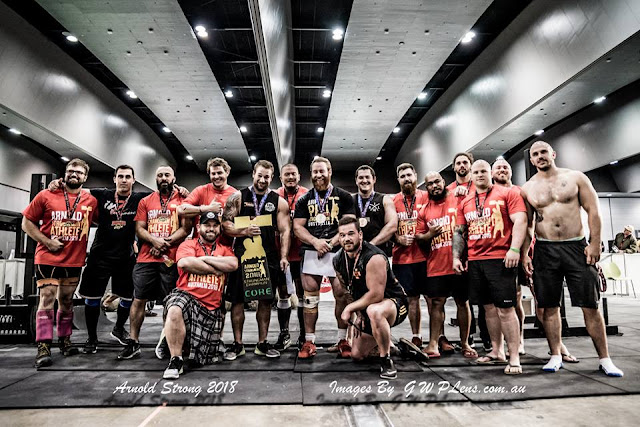 Shannon Florissen is a creature from another time. A time when men fought sabre-tooths and champions were made from hours of grinding, pain and sweat under the bar. He doesn't do a lot of talking, instead making all his biggest statements on the platform. This year Shannon totalled 1000 kilograms. This makes him the only west Australian to ever do that, raw or equipped. That is an incredible feat; a total most lifters will devote their lives to achieving and not get even close to.


And the thing is, this is far from a comprehensive list of WA strength athletes who competed this year! These are just the friends and acquaintances I am following on the one social media platform I will use. There are several more in the mix. which is amazing. I remember being able to count on one hand the number of athletes who would fly over to compete each year. Now I need more hands to count them all.

This year's Arnolds was also an occasion for some sombre news: WA Strongman's own Daniel Macri announced his retirement from full competition. At just twenty eight years of age, Dan dominated Powerlifting as a teen and went on to produce some awe-inspiring feats as a nearly 180 kilogram strongman.

Veteran Luke Reynolds has already written an homage to the young phenome, who officially put Strongman on the map in WA nearly a decade ago and who became my coach when I discovered the sport in 2011. I won't attempt to match Luke's sentiment here, save to say that the bar Dan has set will not be challenged for a long time to come. That is unless the rumors are true...

We are just three months into this year and it's already a record breaker. There is still so much more to come.
at 7:01:00 AM