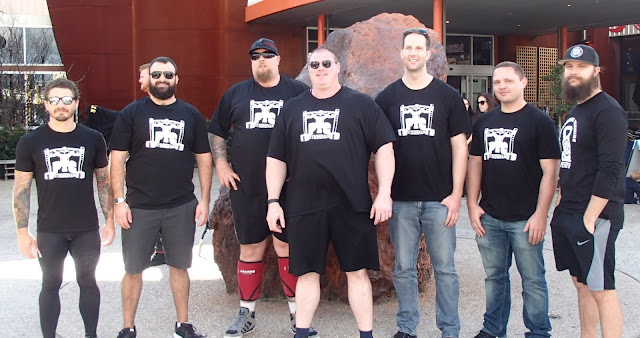 WHAT A day. Though it has been a factor in previous years, the weather was merciful today in the bustling centre of metropolitan Morley. Coventry village has played host to many excellent strength sports events over the years, including some that were truly memorable for me and the lifting community at large. WASM held a qualifier here in 2014 where I competed alongside my first ever trainee, Ashleigh. And it was here that PTC held the first ever Perth Cup; an emotional two day event which also marked the tragic passing of Ron Rucci. 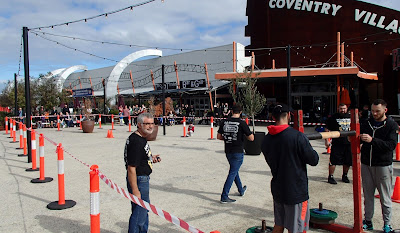 A calf injury just three weeks out put our under 105 division future champion, Alec, out of contention for this event. He will join Mick (and maybe even yours truly) in entering the final qualifying round scheduled for late September. PTC Strongman fielded two competitors today; 'Wonderboy' Steve in the under 90 kilogram division and 'Kong' Kania in the heavyweights. Kong joined PTCSM sixteen months ago having had zero experience in strength sports, and this competition marked his move from the novice category into the legit heavyweight field. Steve, on the other hand, is a peak strength athlete with a background in Crossfit who has joined us fat slow strongmen to beat us at our own game, much like John Champion did two years before him. 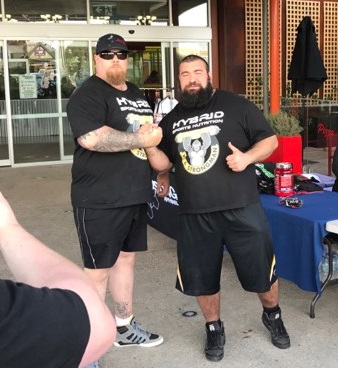 The heavyweight division was both thick and lean with talent, and I mean that quite literally. A fresh young PT from the 'Shredded Strength Institute' called Max McCall has made a big (and some would say premature) step up into the division while still walking around at a bare 100 kilograms. Obviously he thought the under 105s wasn't going to be enough of a challenge. And, watching his lightning 350 kilo yoke run, you'd have to agree with him.

He joined Kong, the baby faced assassin Jack Opferkutch and Australian Strongman Alliance's reigning under 105 national champion (to name but one of his several wins) Matt Lynch Blanche. Predictably Matt took the win with some awesome displays of strength and speed.

Today's comp was Kong's first ever deadlift in excess of 250 kilograms. 275, in fact. It was a long tussle but he locked that bastard out. He also did some of his best work in the carry events, the second of which (the fifth and final event for the day) was a late change from Farmers walk. But, in an upset for Kong, he was pipped for third place by the combination of a supercharged Max McCall and some unexpected technical issues that were had with the axle clean press. Kong was understandably disappointed, but it's an invaluable learning experience for him... and, assuming he hasn't already earned an invite to the WASM state championships, he will have the chance to qualify again in September. 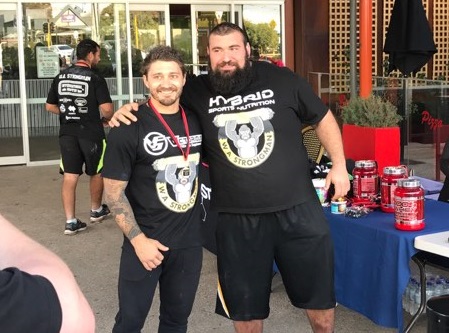 While the day saw many gutsy efforts from all competitors, Steve stood a touch above the rest in the under 90s. He was the outright winner in all five events, and I can't help thinking this victory was a comfortable one for him when compared with the rigours of his last Crossfit event earlier in the year.

It has been hard for me to put into words how pleased and proud I am of Kong and Steve, and all the crew who spent the day cheering them on. It's the people who've built PTCSM up into what it has become, and it is an honour and a privilege to be their coach.

There are only bigger and better things in store for our team this year; Steve has earned his invite to states, scheduled for November, and before that another contingent will be testing their might in the final qualifying round for the year.

More immediately, I'm uploading several videos from today to YouTube which are taking their sweet time. But watch this space...