A Reason to Lift 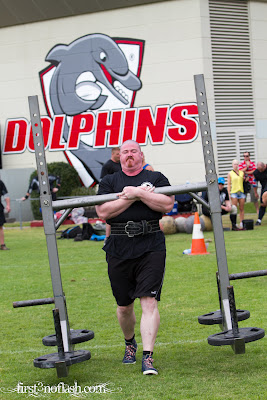 It’s corny. Whenever I have a crack at this old chestnut, I wind up nutless.

The things I fall back on are lines from Fight Club, which doesn’t really do the ideology justice, since Palahniuk’s original story was a nihilistic and self-defeating deconstruction of masculine identity.

And talking about what motivates me is a trap. I can’t adequately explain to people who don’t already know the feeling. Motivation can’t be obtained or instilled by group-think unless you’re in the military. What I mean by this is that I right now want two things:

1. to get my bodyweight down to 120 kgs, and
2. to become a competitive Strongman

So my goals and perspective on why I do what I do aren’t going to inspire your average Joe to find that perspective – much less act on it – unless his goals mirror my own. And even then, some people just won’t be moved. Most won’t.

I could be philosophical and talk about self-improvement. I could be scientific and talk about fighting the second law of thermodynamics. But, again, Tyler Durden brought the two together so eloquently, how can I go past it?

“You are not special. You are not a beautiful or unique snowflake. You are the same decaying organic matter as everything else.”

So let’s remove the statement from it’s bleak context and observe the simple truth of it. You and I are not special. We are decaying, right now, while I write this and you read it, we’re both fighting a losing battle with time.

I said I wouldn’t be bleak. Sorry.

What I’d like you all to take away from this meandering bullshit is the fact that there are always excuses for not doing what you know is good for you, but there has to come a point where you think to yourself – why am I sick and weak and sweating all the time? Why can’t I hike a flight of stairs without heaving and gassing? Why is my body’s main function in life now sitting on it’s ever-widening behind when there are clearly so many things I could use it for? When am I going to have the time to do those things, and will I take the opportunity even if all my ducks wind up in a row? Or will I just watch it pass me by, again, and perhaps for good this time?

A shitty, home trainer bench press is what I started with. What I amassed was a fully functioning home gym with enough weight and provision for the major lifts to ensure progression for the next year and more. And when I ran out of plates and gear I could accommodate at home, I joined SMWA and the Muscle Pit. I didn’t get this far by being idle.

It was the age thing for me, but even that was just a catalyst; a starter motor. You need to recognise – every day you live – that if you aren’t doing something to make your life healthier, nature and entropy are doing something to make sure you wake up weaker the next morning. You won’t notice it. You don’t notice it at the top of that flight of stairs, with your chest heaving and a fresh cigarette already in your hand. Why the fuck would you notice it now?

Seriously. Quit your weak fucking excuses and do what needs to be done.

…is what I always wind up saying. And then I leave it alone, because whomever I’m saying it to has their mind made up already.
at 6:53:00 AM