THE GREAT Australian lyricist, Paul Kelly, wrote 'From little things, big things grow', a song actually about Gurindji elder, First Australian and Aboriginal rights activist Vincent Lingiari's fight to improve working conditions for his people. But the chorus is a rewording of a Buddhist proverb and I can already tell I've googled too deep.

The point is: the second Static Monsters Perth was bigger and better than the first, thanks mostly to the mighty Matt Lynch Blanch and the excellent facility provided by Gold's Port Kennedy. This Static Monsters was on Matt's turf, with his bat and his ball (so to speak); the former state champion heavyweight and internationally ranked under 105 athlete had gone all out for the big day, with wagon wheels from Stand or Submit for the axle deadlift, an array of medals for podium placers, as well as trophies and $100 cash prizes for the day's biggest hitters! And there were some big hitters...

To start with, the women's log clean-press state record was broken by Tara Pratt. With a brief and entertaining tussle, she locked out 82.5. The flamboyant and newest member of the team that was, Honeyberst, made this his first ever strongman competition, and boy did he entertain. He was followed by Crossfitter-cum-Strongman champion Ngarimu Ahipene with a 137.5 log and 300 dead, and the man mountain from Collie, Matt van Beuningen, who put up a valiant fight for a 400 kilogram deadlift... but it just wasn't to be.

WASM regular Paul Hough and the baby-faced Assassin Jack Opferkutch were there to assist Matt take this motley crew of strongman greenhorns through their paces. The field of competitors totalled thirteen, almost doubling last year's number.

While the venue didn't attract quite as many members of the public as the entrance to Coventry square in Morley, the event did draw the attention of some of the state's most decorated strength athletes. Septuagenarian Pro-card holder Jeremy Hogg was quick with a sledge or two from the sidelines, and WA Strongman owner (and my first coach) Daniel Macri also came down to see the action unfold. 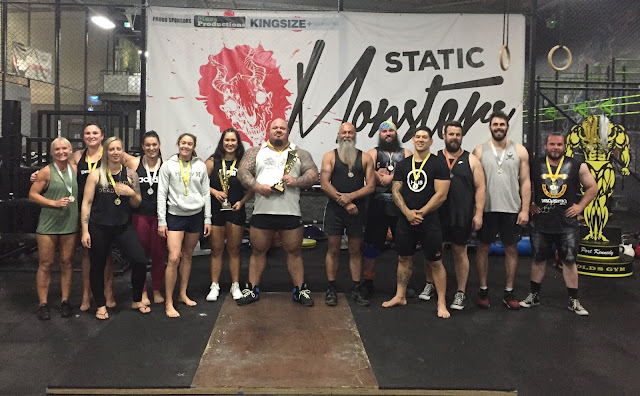 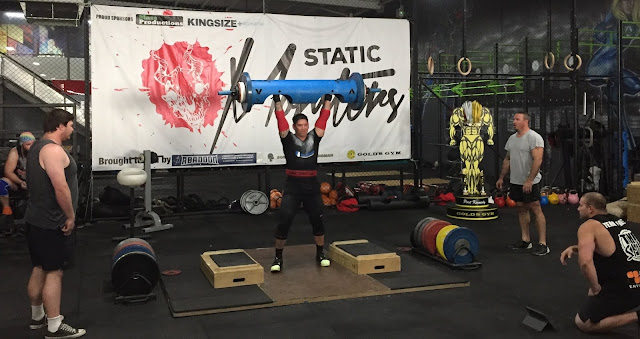 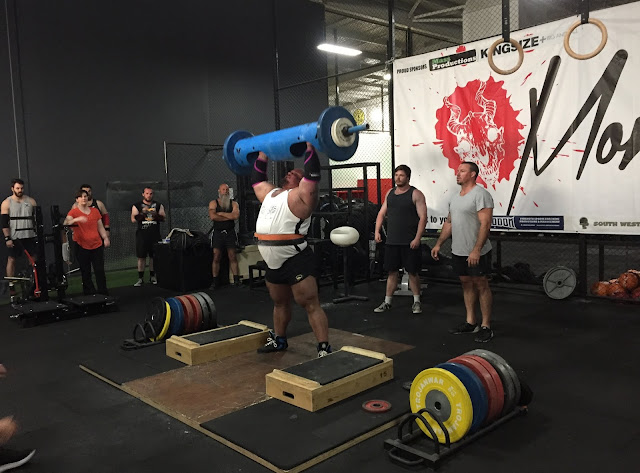 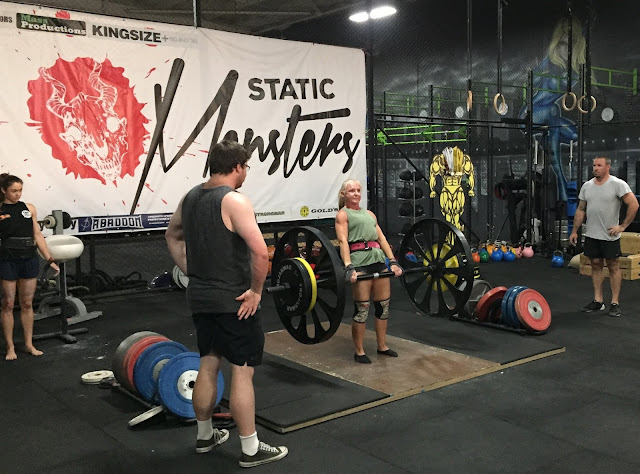 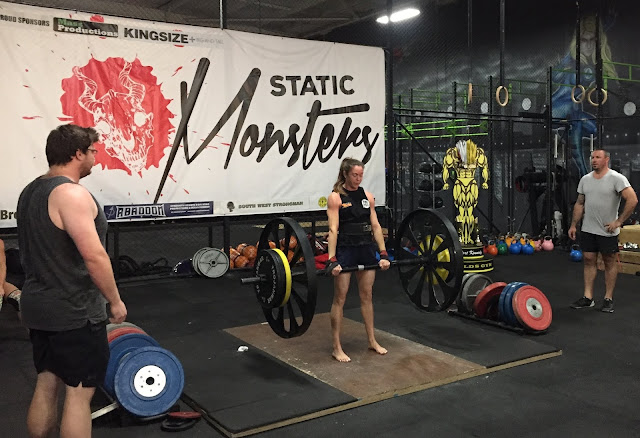 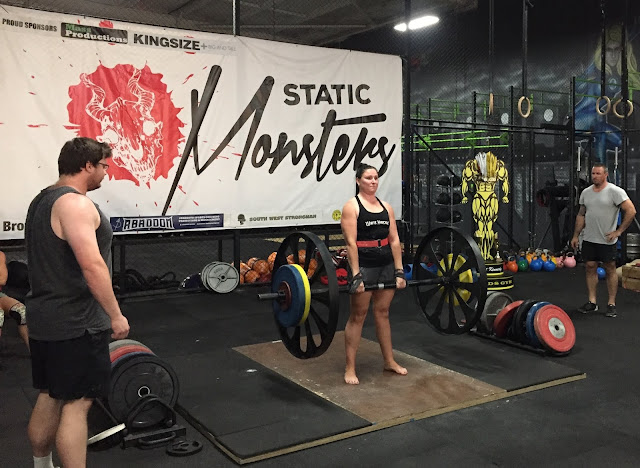 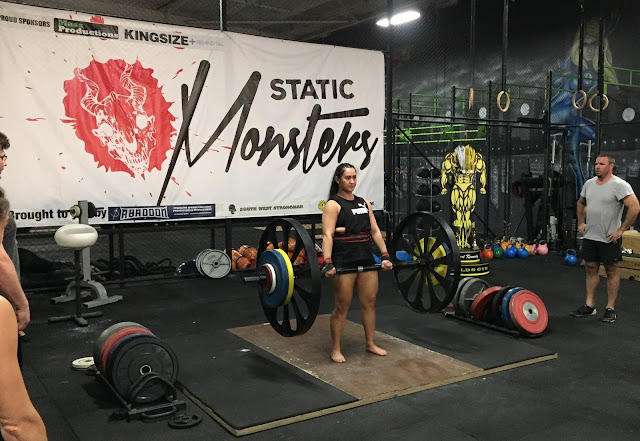 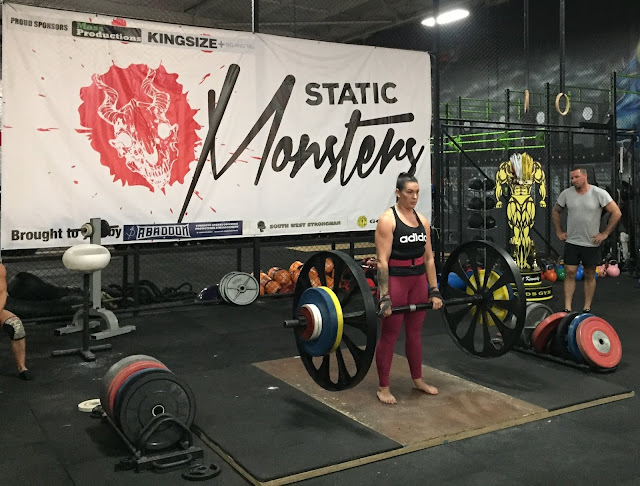 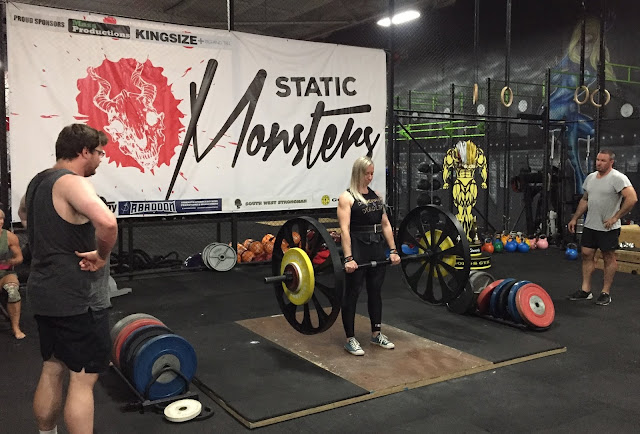 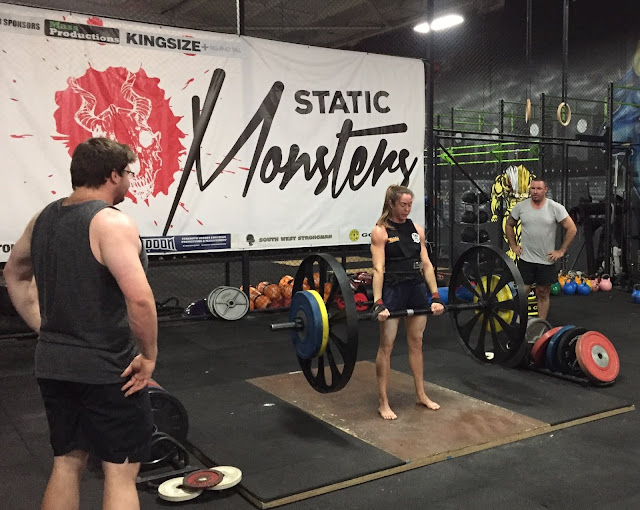 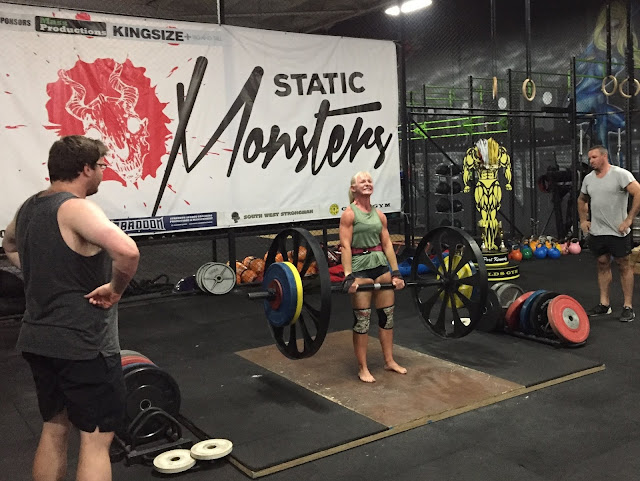 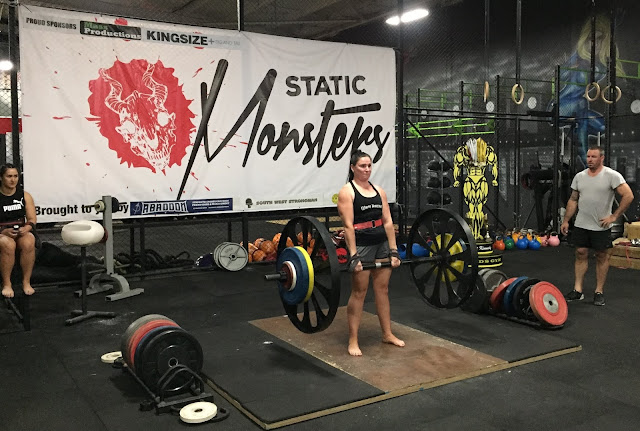 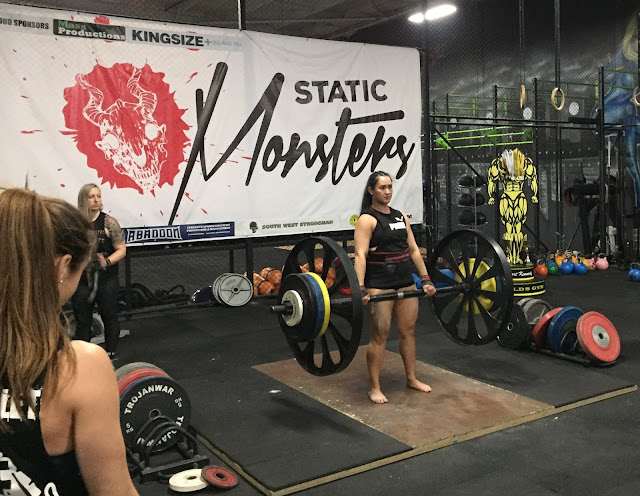 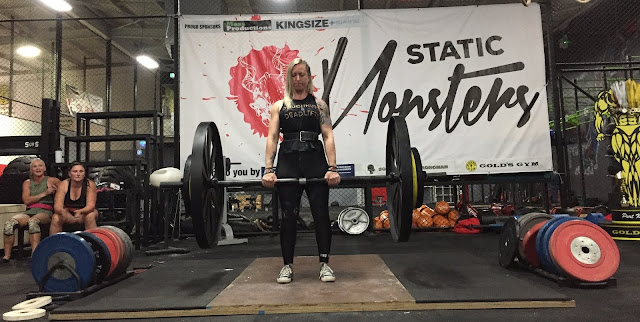 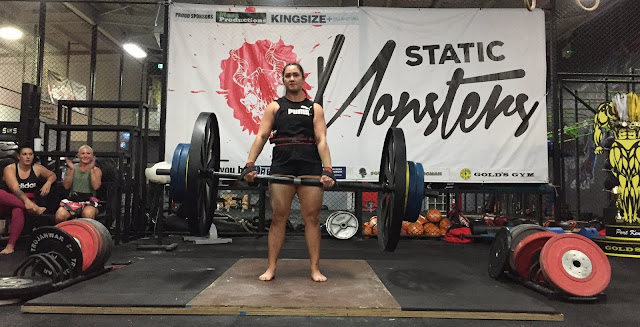 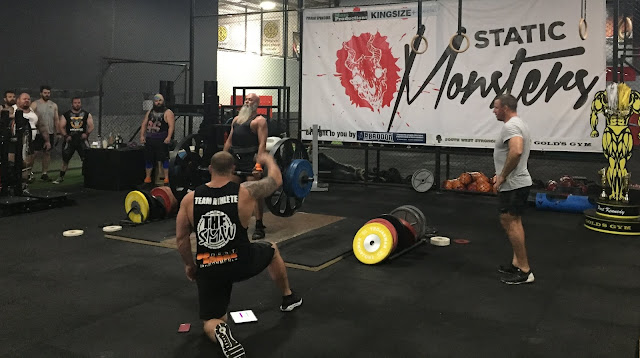 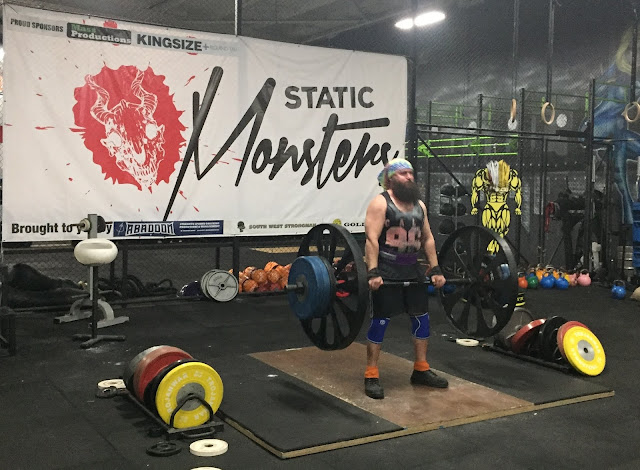 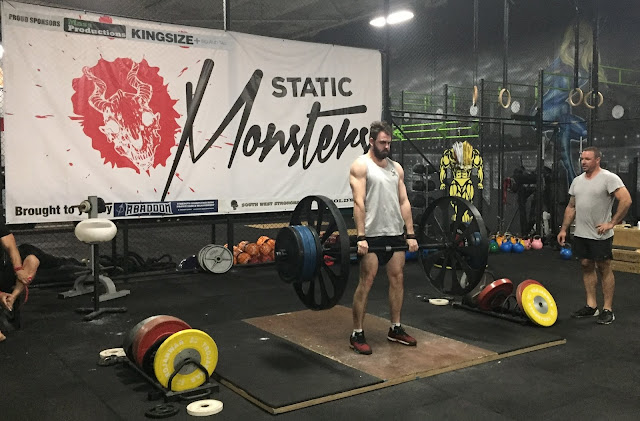 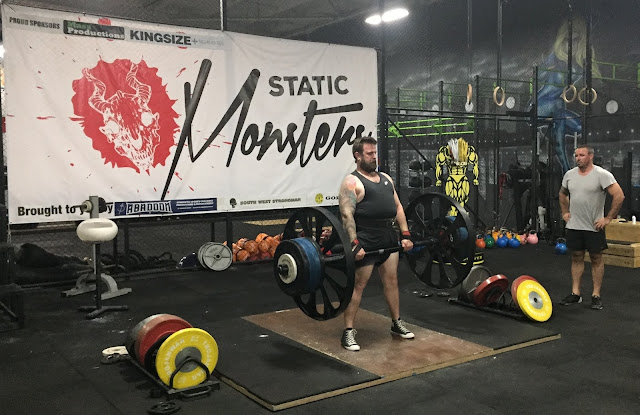 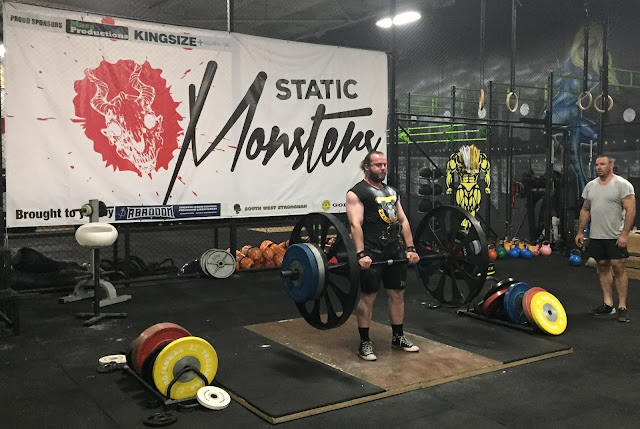 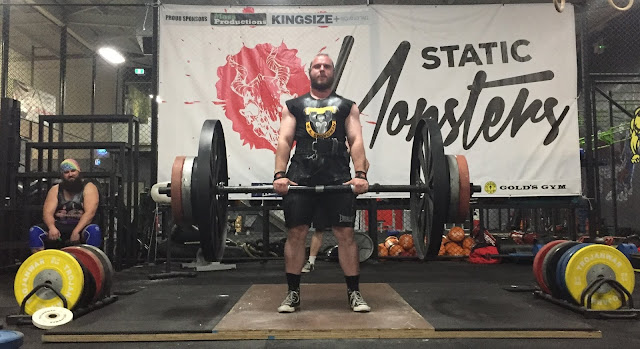 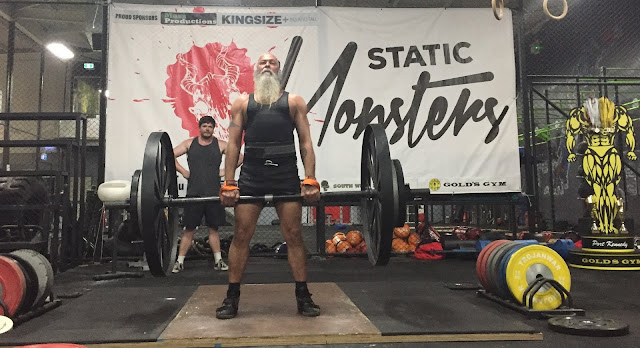 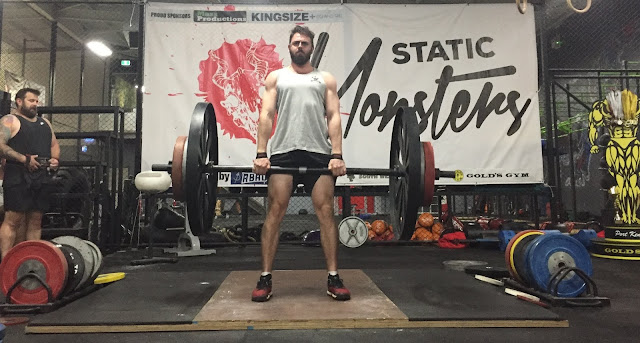 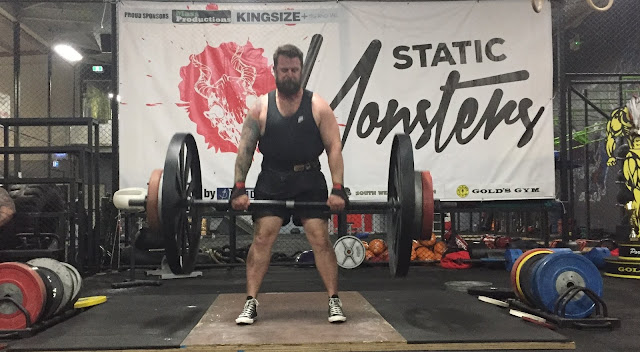 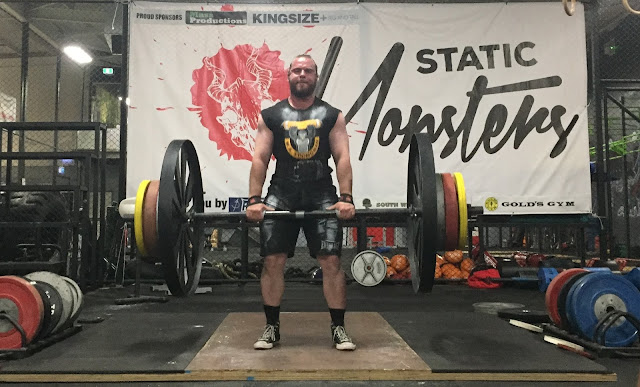