THREE years ago - at the start of March 2015 - PTC Perth had its first Strongman clinic. I had just two trainees that day, one of whom is still with us as PTCSM's oldest member, Ryan, aka Hightower. Nowadays Hightower no longer has a monopoly on being the tallest athlete, with people like Kong, Mick and the newest (and youngest) members of the team - Brad and Tim - all nudging or breaking six foot eight. 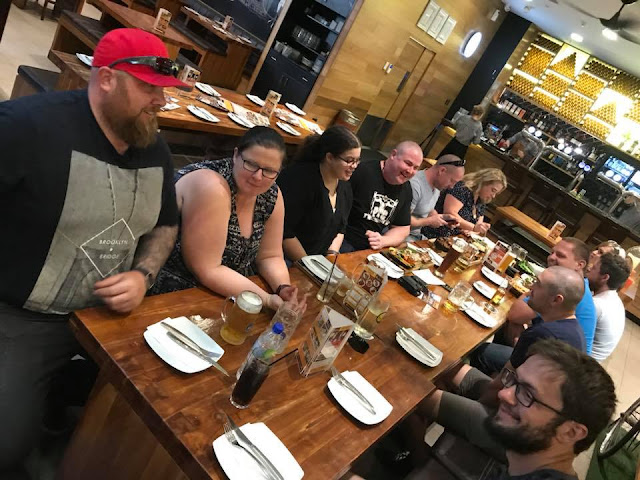 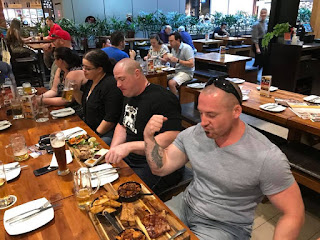 Fast forward to 2018, and PTC Perth Strongman now boasts fifteen members! Ryan, Alec, Kong, Mick, Brad, Tim, Jacqui, Trish, Jeremy, Kyle, Mathew, Nathan, Steve, Carl, and me. With the notable exception of Ryan, who is currently travelling the world, most of the crew were in attendance at our third anniversary lunch at Brotzeit, one of my favourite Perth restaurants. There was an abundance of meat and ale, and a pretty tacky ice cream cake. Coz it was also my birthday and I frigging love ice cream cake. 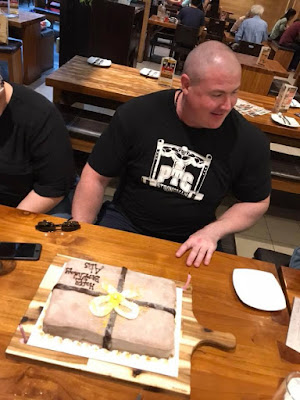 In just a few years, PTCSM has grown from a handful of devoted novices to well over a dozen strength athletes across all divisions and stages of development. We have members competing at this year's Australia's Strongest Man at the Arnolds, Melbourne, and a score of others training for the WASM state qualifiers in mid-April. The young fellas I mentioned are biding their time and may decide to compete next year... or not compete for years, like Alec. Alec, we have high hopes, will be entering either the WASM or ASA qualifier, scheduled for June at Matt Lynch Blanch's gym in Port Kennedy. 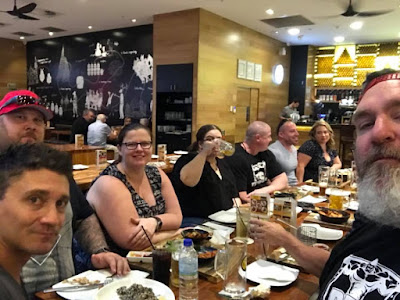 Of course, we are creeping ever-closer to October 28th and the 2018 Static Monsters! Along with the WASM state finals, this year's Strongman calendar is packed with events and opportunities for athletes to advance to national and international levels of competition. Right now is a truly exciting time to be in the game.


And finally, a shout-out. I'd like to wish Steve and Jacqueline strong lifting at the Arnolds this weekend! I am sorry I won't be there myself, but I know they will both excel and do themselves and PTCSM proud. I've witnessed Jacqui bust her ass every week since she got the invite, in preparation for this major event. And I have every confidence Steve will impress in the under 80s, since he's accustomed to competing (and winning) against bigger opponents. 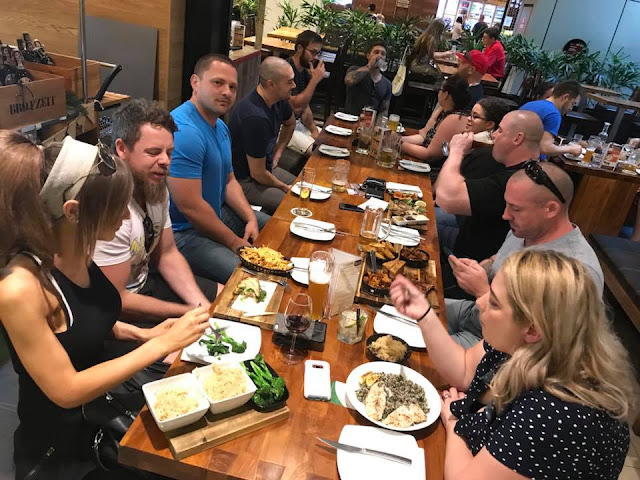