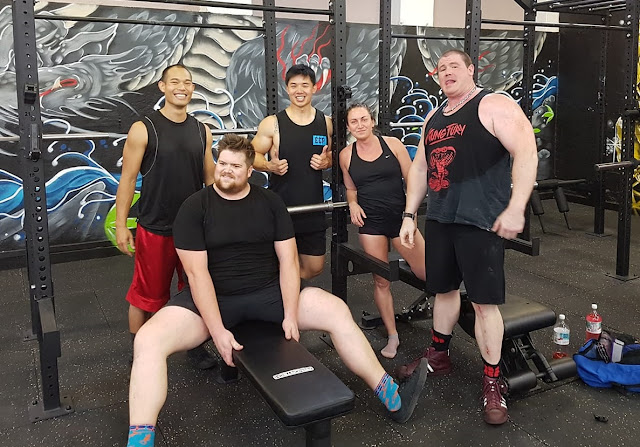 SOMETHING about this is poetic. Almost exactly two years ago I detached my left bicep tendon attempting to pick and carry a 90 kilogram 44 gallon drum. I was trying to simulate an event I'd seen in the 2016 Worlds Strongest Man heats which had confounded several veteran athletes.
"That looks hard." I thought to myself, "Let's try it." It was a new year and I was coaching a growing number of strong, committed lifters at a huge new facility. So I was bummed to suffer a pretty serious injury - and what would surely be a major setback to my plans - during one of our first training sessions for 2017. And it was... but I didn't let it stop me from getting stronger.

Yesterday the same thought went through my head while assessing a 250 kilogram truck tyre flip, moments before my right bicep tendon detached. This one was much faster; I had no time to apprehend what was about to happen. The crunching sound may have just been in my head, I'm not certain, but it was as much a noise as it was a sensation. A familiar one.

And it happened while I was, again, at a new facility, playing with new toys.

The first time, several people who had experienced the same injury advised that it would take a year or more to come back to form. I did it in eight months. Ten months after the surgery I pulled a national sub-masters record deadlift of 310 kilograms. Then I set the record again with my second pull of 330. I tried for 340 with my third lift - equal to my all time best with a standard barbell - but it wasn't to be that day. 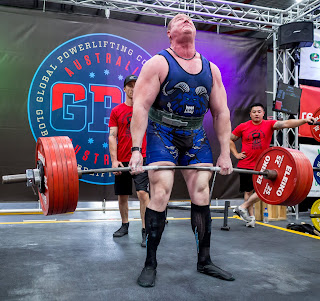 Strict axle overhead press, cambered bar squats and one or two other movements actually became stronger than they'd ever been, about four to six months into my rehab program.

I mention all this in an effort to illustrate just how manageable the situation is. I have been here before, and I will bounce back better than ever. Shit, it's not even my preferred hand. I learned to shave and brush my teeth with my stupid hand last time.