PTC Strongman: the Last Clinic for 2016 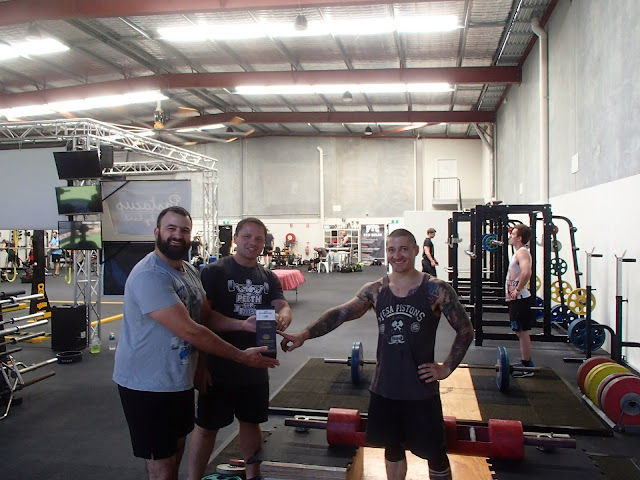 PTC Strongman finished its second successful year on Saturday the seventeenth of December. The year has borne witness to some brilliant feats from a small, tightly knit team who have remained dedicated to the simple task of getting stronger.
Due to time constraints Andrew has had to train early on Saturdays. I met him on his way out and Steve on his way in. In Steve’s boot were two heavy sacks and a rubber deadball weighing 100, 80 and 65 kilograms respectively. More new toys for us to play with, and play with them we did! I made a video which will upload sometime in the next few hours… where was that NBN again Malc?
On the way in I met with another surprise. Mathew was here: a trainee I haven’t seen in a long time showed up for the last session of the year. And he was far from the last surprise of the day.
Ryan and Kong were not able to attend today, which was a bummer for me as they were all responsible for my next one. The crew all chipped in and bought me a bottle of scotch. Not just any scotch… an 18 year old Glenlivet single malt. 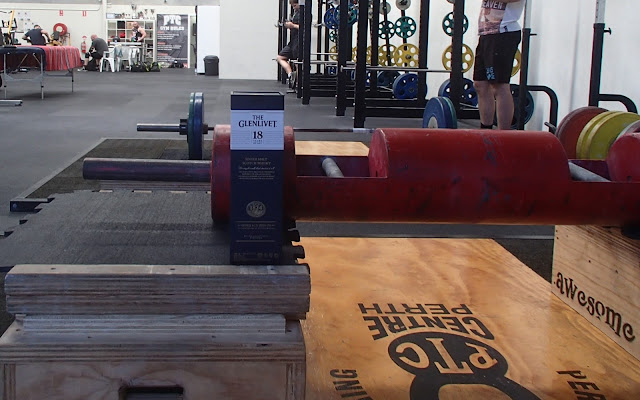 This post has been a couple days in coming, at least in part due to the fact that this has not happened to be me before, so I simply didn’t have the words (or the head space) to properly articulate it. And that hasn’t changed. I am moved beyond words.
There’s more. Today I had the distinct honour of seeing a trainee’s strength, endurance and technical proficiency well exceed that of my own. Alex, our future under 105 champion who recently cleaned-pressed a 100 kilo log for the first time (that being a milestone in itself), today clean-pressed a 70 kilo log for 17 reps. He did this not simply to do it, and better his previous reps PR, but also in response to Steve’s challenge. Steve set the bar at 15 reps; Alex’s PR.
And that was when I finally realised Steve’s insidious plan. He was slowly turning my strongman clinics into crossfit. So, during setup for the medley I added 20 kilos per hand to the farmers picks. I advised Steve that next time he needed to fill his sacks to at least 100 and 120 kilograms or more and drop the dead ball. Or drop all those reps of the dead ball… in fact, drop the dead ball and make it an atlas stone. A big heavy one.


The point is Steve’s strength and knowledge base is enriching PTC Strongman for the better. Don’t believe me? Check the tape. 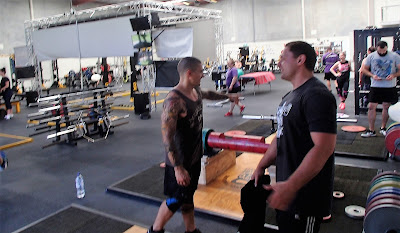 We shared PTC Perth's immense rear space with a team from Dungeon Powerlifting. It was good to finally have a proper chat with Brad Humble and to get his perspective on the WA lifting landscape. I mentioned my hope to have another strongman comp in 2017 and Brad already had people who would be keen to have a crack. 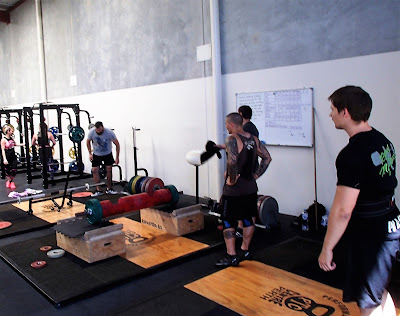 And on my way out at the end of the session, dragging that 80 kilo sack to the door, I remembered what Paul had said earlier that day about the shed.
The Strongman gear shed is now on the agenda, and I'm already designing stone platforms that will fit the dimensions we have to build within.
2017 is gonna be one epic, epic freaking year.
at 6:55:00 AM