March 29th 2010 was the day I performed a proper ‘workout’ for the first time in nearly a decade. I’d quit smoking at the start of that year. I weighed over 150 kilograms / 330 pounds and was an alcoholic. I was on a journey to change my life. And, then just like now, I felt compelled to write about what I was doing. It added significance, and a measure of accountability. My first log was on a body building forum called MuscleandStrength, and can be found here

By the start of 2011 I’d managed to piss off the secretive and childish site owner and was banned, but I was still determined to log my training somewhere, and so started another one on a very similar forum, called MuscleandBrawn. I was still me, so still got into arguments with people, and took particular exception to the promotion of an idiot called Big Mo. 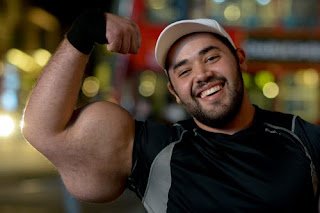 One of the moderators of this forum was actively promoting Big Mo. Despite the fact that he’s a ridiculous synthol freak, his ‘training methods’ are totally phoney and he purveys some of the lowest, shittiest aspects of the ‘aesthetics’ obsessed H&F industry, this mod was making a freaking documentary on the guy, and had a couple of threads open for people to ask Big Mo questions.

So, I asked a few obvious questions and got completely shut down, which irked me no end but for the mere fact that this mod had specifically invited questions, but was now being selective in the content he allowed to be posted. I got the impression that MAB was going way, way downhill by permitting such a biased presentation of a figure who should be rightly criticised and exposed as a fraud. This was of genuine concern to me because, unlike M&S, I really appreciated this site, it's forum of veteran lifters, and the administrator behind it. In fact, some of the training and nutrition advice I received from MAB has been invaluable to me, and I still refer to it today.

But in my typical hot-headed defiance, I responded to this buffoonery by spamming a bunch of Youtube videos from brazil (you know the ones) and so was banned from there, too. My training continued unabated. I set up this blog to keep track of what I was doing and to keep myself honest.

The halfway point in my 3 three year journey – and what you could call a real turning point in my life – came in June of 2011, when I met and began training with Strongman Western Australia. It was just on weekends at first, while I followed my home routine Monday to Friday. I was still pretty goddamn fat and I was still drinking too much and too often. But that changed after a few months, as I became more committed to Strongman, more serious about my nutrition, and began setting myself greater goals than simply losing weight and getting fit. Now I wanted to be properly strong. I had developed a taste for the pain, challenges and rewards of Strongman. I realised that I had gone my whole life without ever testing how strong I could be. I felt compelled to change this. 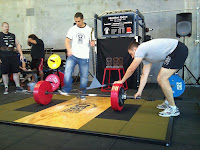 In early 2012 I entered my first ever Powerlifting meet - a deadlift comp at the newly opened PTC Perth. Later I competed in the two qualifier ‘Strength Quest’ rounds as pre-requisite for entry into the Australian Amateur National Championships. I ranked eleven of nineteen amateur heavyweights in the country, including Dan, Mike the H Bomb (the current champion), and Marc Wells. I entered Am Nats with an injury, which was seriously aggravated on the first day of competition, in the first event; a 405 kilo yoke walk. My placing suffered as a result of not being able to compete in some of the events, but the experience itself made it all worthwhile. 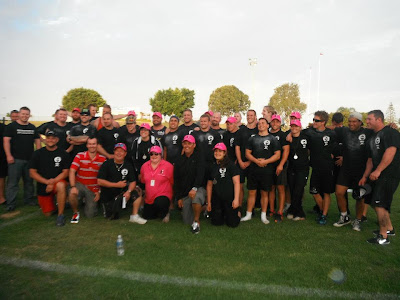 It took a butt load of money and a bunch of time off work to get my injury properly diagnosed, shop around for the right surgeon, and eventually get it sorted. And now, two and a half months later, I feel like I’m finally back on the road to being a competitive strongman.

My injury had me stalled for a while, and a number of goals have eluded me in that time. For instance, I nearly had an elite level deadlift last year (273 kgs at 125 kilos body weight). Now I’m so sure of that 1RM, I’m looking at 300 before the end of this year. And I reckon I’m going to be in good enough condition to enter the Strongman national qualifier rounds and compete in Australia’s Strongest Man 2014.

Last year I had a mission statement. I wanted to do a bunch of things. Now I have done those things, and I don’t even care anymore what they were. Those goals are gone. I got an invite to ASM last year, and I couldn’t compete. That hurt me, turning down that invite.

Not this fucking year.

*'Australia's Strongest Man 2013' ended up being postponed until March of the following year, so it could be held at the 2014 Melbourne Fitness Expo... which became the Arnolds Australia in 2015. 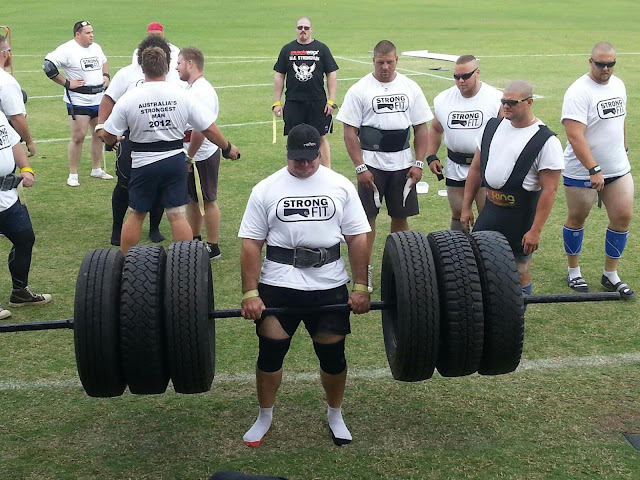